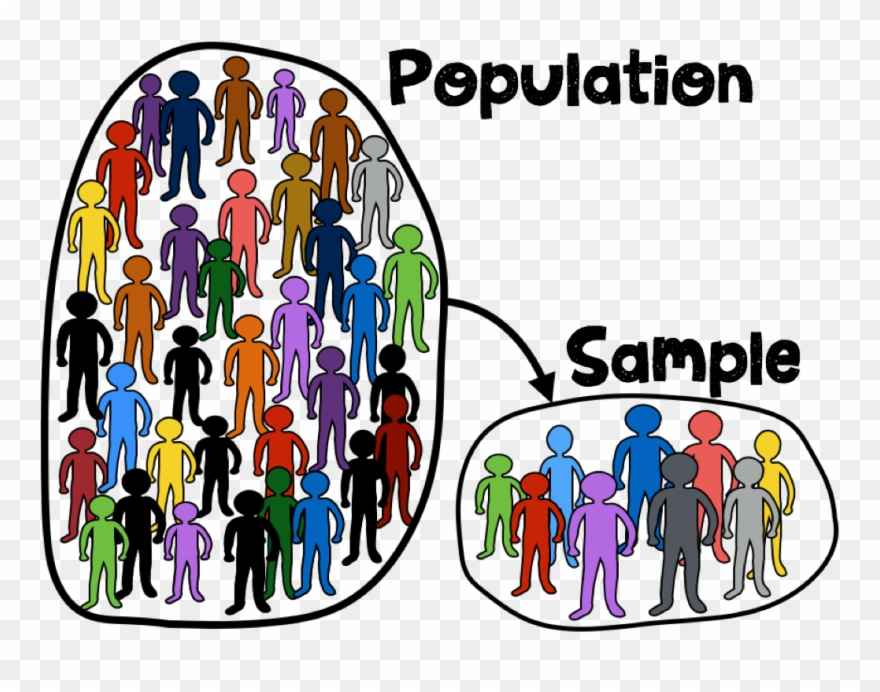 In this post, we will be covering basics about the types of distribution. It will be a foundation for creating machine learning models going forward. Moreover, these fundamentals are also necessary for performing Exploratory Data Analysis (EDA).

There are various types of distribution that we could encounter. Some of them that we will be covering in this post are as as follows:

So, let’s dive right into it.

As the name suggests, population is the complete distribution/the complete list of observations about the subject which we concerned about.

Now, when we talk about Population there is one more word that is associated with it which we need to also discuss here which is the Population mean.

What will be the Population mean in our case here? Suppose for the 2nd example we have 100k people in the whole city

The Population mean would be:

Where x1…100k represents the weight of individuals for the whole population of 100k people.

Now usually when there is a huge population then it is not possible to take the whole and calculate the weight or whatever the required ask is. So, what we basically do is we take a Sample from the whole population.

Similarly, the sample mean will be defined as:

Where w1…10k represents the weight of individuals for the sample population of 10k people.

Now, that we have discussed what Population and sample is, let’s try to understand what random variables are.

The formal definition of Random Variable is basically defined as the variable whose values depend on the outcome of a random phenomenon.

It is divided into following types:

There are a lot of distributions that are there in statistics, but the most important that we are concerned from a Machine Learning standpoint is the Gaussian/ Normal Distribution.

Before understanding the Gaussian/Normal distribution, let’s quickly brush up on the formulas and definitions of Mean, Variance and Standard deviation.

Now, coming back to Normal Distribution, we can basically say that a random variable x which is continuous belongs to a Gaussian distribution with some mean and Standard deviation.

If such kind of condition exists, then usually the distribution will follow a bell curve as below.

Below are few things that we need to know and remember about normal distributions:

We have the empirical rule which tells us about what percentage of data falls within how much Standard Deviations from the mean.

What we could possibly infer from the above is standard deviation is a measure for the spread of a distribution.

There are few properties of Gaussian/Normal distribution that we should keep in mind:

Now that we have discussed about Gaussian/Normal distribution, let’s go over and discuss about Log Normal Distribution and what are its properties.

Let’s write this in the form of an equation below:

As per the above equation if the log of the random variable is normally distributed then it is a Log Normal Distribution.

The above curve is a curve for Lognormal distribution. If you look at it, you will notice that the curve is not completely a bell curve, rather it is a bit right skewed.

Ex. consider the salary of the whole population in a town. If you check it in a log normal distribution, then you will notice that most of the population falls around the mean denoted by the red lines in the graph below.

If your notice the lines towards the right side of the graph, these are the people who will have a very high salary, however the count of such people will be very low.

So, now that we have understood the above 2 distributions, the fundamental question that we need to ask ourselves is why we are learning these distributions. How is this going to help us solve a problem or build a model.

For that let’s take a scenario and understand the holistic picture behind all this!!

Based on the expenses let’s find out what kind of distribution the different expenses follow. Suppose the Food category follows a Gaussian/Normal distribution.

So, to ensure uniformity, we convert the Food category column to Standard Normal Distribution where the mean is 0 and standard deviation is 1.  After conversion the values will be in the form of Standard Scalar.

We are basically scaling down the distribution to a mean which is 0 and standard deviation 1.

Now, we check the Travel category and let’s consider that it follows Log Normal Distribution. To ensure uniformity we have to convert this column also to Standard normal distribution by calculating the log of every number. Now if you check it will be following a gaussian/normal distribution.

After converting the data to Gaussian distribution, we can further convert it into Standard Normal Distribution using the below formula:

Now the values in the Food category and the Travel category will be in the same scale.

Now, if we feed this uniform scaled data to our model, the results will be more accurate than it would otherwise have been without Standard Scaling