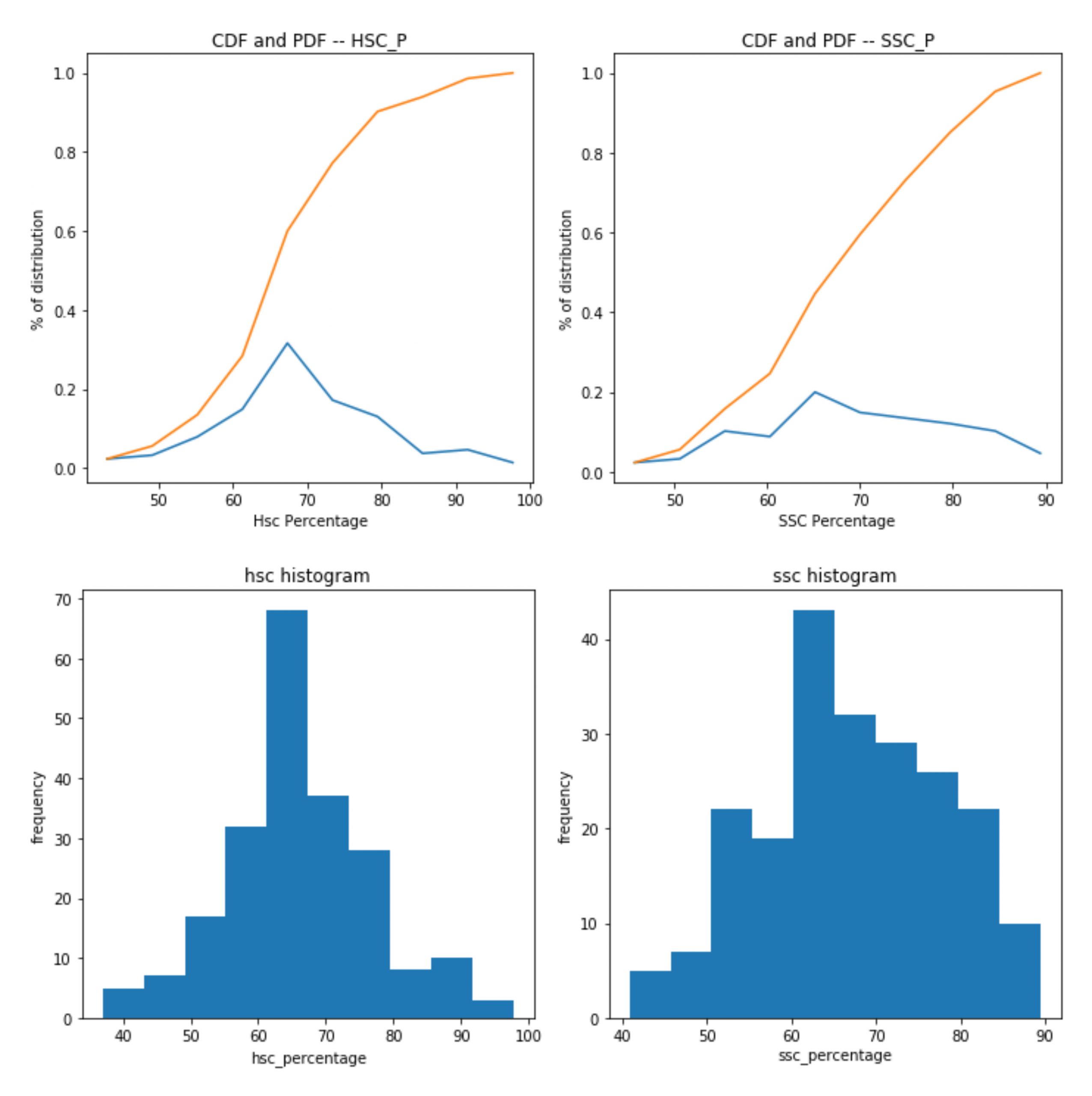 In this post, we will discuss about 2 very important topics and how it helps in Exploratory data analysis — Probability Density Function and Cumulative Density Function.

A continuous random variable distribution can be characterized through its Probability Distribution Function. We will understand this statement in greater detail in the subsequent section.

Cumulative Density Function is the cumulative probability, which describes the probability that a random variable X with a given probability distribution will be found at a value less than or equal to x.

This seems confusing right, well don’t worry, we will go through it in detail to understand the concept behind it !!

Before understanding about Probability Density Function, we need to understand few basic concepts, So, let’s see what those are:

Using the above 2 types of distributions we can define our Probability Density Function as a method which assigns probabilities to a random variable which would either belong to a Discrete or Continuous Distribution.

Let’s try to understand this concept properly with respect to both Discrete and Continuous data.

Let’s understand this by taking couple of examples:

In the above example if we are tossing a coin, then the probability of getting a Heads or Tails is equal to 0.5.

The table above basically controls the probability of the outcomes of Random Variable which is associated with the tossing of the coin.Here the Result is the Random Variable.

So, the table above is the Probability Mass Function for the Result obtained from tossing the coin.

Similar to the 1st example, the result in this case is considered the Random Variable.

Couple of things that we need to remember in case of Probability Mass Function:

Let’s take an example of Number of users signing up for an event online in an hour.

To approach this problem, we must follow couple of steps:

Let’s see how we could do this:

Suppose we have the below possible outcomes/results for users signing up in an hour.

So, the Probability Mass Function would thereby assign probabilities to only the discrete value of users signing up and would have 0 probability for any number which is between 2 or 3, like 2.9 or 2.5.

Below are couple of differences between PDF and PMF.

Let’s take an example to understand this concept better:

The possible value of heights that we could have between 5’ and 6’ could be infinite number. In that case the probability of getting a student with height 5’10’’ would be clearly 0. The argument for the probability being 0 is the height could never be exactly 5’10’’. There would definitely be some measuring error. It can be 5’10.01’’ but never exactly 5’10’’.

Therefore, we can conclude that the probability of someone having a fixed particular height will always be 0.

Hence from the above example, it’s more reasonable to consider Range of Outcomes instead of considering the exact value.

Area Under the Curve (AOC)

Let’s say we want to find the probability of students whose height is less than 6’. It will basically be the AOC to the left of 6’ shown in the shaded graph below. P(height<6’)

Now let’s say we want to find the probability of students whose height is exactly 6’. It will basically be the AOC at the point 6’. This would be the area of the straight dotted line shown below which would be 0.

Therefore, this proves our argument which we had made previously that the height of a student being exactly the same as a particular random value say 6’ would be 0.

So, now that we have discussed at length about Probability Density Function, let’s get into the detail of understanding what Cumulative Distribution Function is and how is it significant.

Cumulative Distribution Function basically gives us the cumulative probability. Let’s try to understand what this means and how it can be interpreted.

Suppose we have the below distribution of weights shown below and its percentage of distribution is shown in the y-axis.

Let’s say we want to find the % of distribution for the weight 120. According to the curve the value is 0.1.

So, the curve of a cumulative distribution would look like the below:

If you notice, after a particular point the slope of the CDF is becoming constant because the % of distribution is also falling after 160.

Now, let’s say we want to see what the corresponding CDF value for 200 which is let’s say 0.9.

What this means is there are 90% of the students whose weight is less than 200lbs. This also indicates that there are 10% of the population who are greater than 200lbs.

Now let’s implement whatever we discussed so far in code and see how it works !!

To check other posts related to Exploratory Data Analysis (EDA), refer the below links: